ORIENT, which has been fascinating watch lovers all over the world with its original designs and reliable timepieces, celebrates its 70th anniversary this year. In commemoration, the company will release its Revival Collection of models that representing the most cherished timepieces from its history. First to launch in April 2020, will be the King Diver, a refresh of the 1965 WEEKLY AUTO ORIENT KING DIVER. This will be followed in May 2020 with the Retro Future Camera watch, recreating a popular model that incorporates camera details into its retro mechanical design.

From its launch in 1965, the original King Diver became the foundation on which the legacy of all future ORIENT diver watches was built. The re-creation retains the look and feel of the original, reproducing as faithfully as possible the WEEKLY AUTO ORIENT KING DIVER logo, an arrow-shaped hour hand, bar indices, display of days at the 6 o’clock position, an independent top crown for the rotating inner bezel, and other subtle design accents. It improves on the original, with a structure that boosts water resistance to 20 bars and a strap upgraded to solid metal. The result is the re-creation of an ORIENT icon which will delight ORIENT fans and watch aficionados worldwide.

ORIENT’s unique colour dial enhances the individuality of the King Diver. The 70th anniversary commemorative series will include four colour variations; black, red and green as regular models, and a 1,700-piece limited edition gold gradation colour dial. The gold gradation design of the dial creates a vintage feel reminiscent of the popular Jaguar Focus model, launched by ORIENT in the 1970s, which went on to become one of its most popular timepieces. 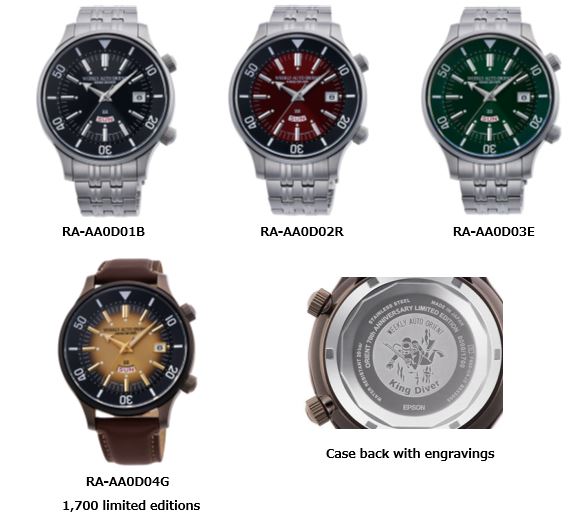 Another special model is the Retro Future Camera, which incorporates design features reminiscent of classic 1950s rangefinder cameras. This model is a 70th anniversary edition limited to 2,300 pieces.

The Retro Future Camera is a modern twist on the original, retaining many of its features including the dial, inspired by a camera’s lens aperture blades; the bezel, mimicking its diaphragm ring; the crown and crown guard, reminiscent of the film winding lever; and the square top of a camera cover. Further design touches mimic the camera-like design, such as the new case back that simulates a viewfinder, and the pull-through leather strap suggesting the leather material covering the camera body. Like the King Diver, it also features design elements found in the popular Jaguar Focus such as the gold gradation of the dial. 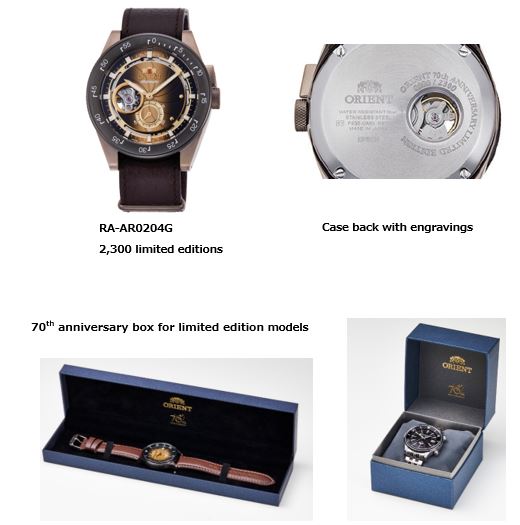 Established in Japan in 1950, ORIENT is appreciated throughout the world for its high-quality distinctive timepieces at affordable prices, combining its own in-house movements and original designs with final finishing. ORIENT timepieces are not only suitable for everyday use, but also admired and collected by watch connoisseurs throughout the world.

Prior to publication, it must be approved by Epson Philippines.